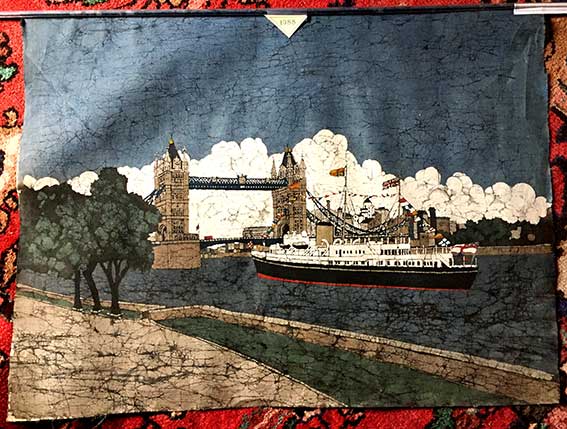 ‘The Royal Yacht at Tower Bridge 2’

In 1988 I was commissioned by the Department of the Environment to produce Batik portraits of the Royal Palaces.  After I had finished the Tower of London original, the Tower shop asked me to do one of the Royal Yacht which was moored nearby on the Thames, with Tower Bridge forming a spectacular backdrop.

This was actually the first version of the picture but the guys at the Tower of London were disappointed that I had not included the cannons which face out across the water.  I dutifully did a second version for them (with cannons) which was displayed back-lit in the shop and from which they sold a range of greetings cards, prints and paperweights.